Recently, a tiny article published in Sankei Shimbun, a Japanese conservative paper, drew my attention. It reported a Japanese man in middle age was arrested in the international airport in Taipei because of his attempt to bring a huge amount of “faked” JPY out of the border.
Maybe, you don’t care this, because you must be quite familiar with articles on the same matter: Counterfeited banknotes in Asia. From “faked” USD with par value of “1 million” printed in 1928 to “counterfeited” JPY printed with portrait of SHOTOKU-TAISHI, there are various types of counterfeiting founded in Asia.
Nevertheless, you’ll miss the point, when you’re not careful enough to find out the fact these counterfeited banknotes have been seized by authorities mainly in either southern parts of China or Taiwan. How come does it these locations to become “hot spots “of counterfeiting?
As I researched all about “counterfeiting” allegedly by DPRK, for example, “supernotes”, some years ago and dared to publish a book on this matter in Japan, a German famous expert kindly told me how “counterfeiting” exactly works in the modern world. According to his explanation, it’s not counterfeiting but special purposes behind it that matters. Actually, almost all the delicately counterfeited banknotes are authentic and genuine indeed. But they can’t be circulated in the market. Why?
As I mentioned beforehand, it’s every single special purpose behind counterfeiting that really matters. Leadership of US and Japan has been fully aware of the fact descendants of former Chinese dynasties have been inheriting hidden treasure from the ancient time and asked them to borrow a part of the treasure. As security for lending, the US and Japan leaders have offered banknotes and government bonds particularly printed for this special purpose. However, once they succeed to get money from the poor Chinese former royal families, the governments of both US and Japan abruptly deny the authenticity of these banknotes and government bonds. It’s a state-sized fraud, I must say.
Well, my recommendation to those who still wonders in PRC and Taiwan how to convert these “counterfeited” banknotes and government bonds to authentic ones: There is only a way to get rid of such a hopeless situation, that I know and am entitled to collaborate with u. Don’t hesitate to contact me in case you’re concerned about this matter. Good luck. 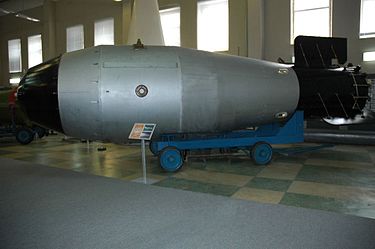