Final Call: Be Prepared for the End of Singapore.

Since May of 2008, my institute has been officially announcing its future analysis on dramatic change of financial hub in Asia, which will affect the total constellation of the global financial market tremendously. The both previous “hubs”, Hong Kong and Singapore will be abandoned, and two other alternatives, “Shanghai plus Beijing” and/or “Tokyo” will be highlighted as their successors. This is exactly why my institute, IISIA, which dedicates itself to make future scenarios for Japan and the entire world, sticks to persuade all of you on the approaching new era called “Pax Japonica”. 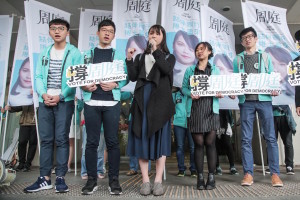 As for Hong Kong, the current situation is obvious and easy to understood: Because the controversial “security law” is now legally applied to the territory of Hong Kong without any exemption, the previous status of Hong Kong as one of the most significant “safe havens” in the world, comes to an end.

However, the remarkable point is the leadership of local financial and economic sectors, who traditionally have enjoyed their freedom of business in Hong Kong, are now trying to remove its essential functions from there to Tokyo, Japan. According to my deep throat in Kasumigaseki/Nagatacho, the heart of Japanese bureaucracy and politics, the Government of Japan and its collabrateurs for covert actions in the market are intensively holding internal discussions on how to accept this Hong Kong’s offer.

Furthermore, almost the same offer is being made from the leadership of Singapore last week, according to the same confidential source. The leadership of Singapore asks Japanese counterparts to receive remittance of its money and assets, which has been backing the island state’s financial power since 1960’s so far. In short, the leaders of Singapore will be very soon leaving the country and find their tentative safe haven in Tokyo, Japan. However, you have to remember the following rule in Japan since her ancient time: Once you enter Japan as society and economy, you don’t have any other choice than being assimilated and becoming “Japanese” to survive safely.

Last but not the least, a very “bad” news for the leadership of Shanghai(Beijing) was distributed last week, particularly in the States: Vatican made a strictly confidential agreement with PRC, which includes the latter’s obligation to pay 20 billions USD to the former, while the former shall secretly accept the latter’s ideological movement to make the global community “red (communistic)”. Thanks to some whistle blowers as the previous top negotiators for the Pope, this was just made public and obviously leads the public opinion, Congress and even US President Donald Trump to support “Hong Kong Autonomy Act”. As soon as Donald Trump will sign the Act, the Chinese Communist Party’s leadership and its “Red Aristocrats” will face an extreme situation, which shall block any financial and business transactions with foreign partners, organizations, companies, banks and any type of entities.

Well, this is a final call to you, ladies and gentlemen. Imagine the forthcoming new world order without Hong Kong and Singapore, and be well prepared in advance. Otherwise, you’ll never get a breakthrough to the new era of “Pax Japonica”. Stay tuned.

PS: Our institute’s sister association, Research Institute for Japan’s Globalization (RIJAG), is now trying to build up a new weblog on issues for “Pax Japonica”and the entity’s daily activities and contributions towards the new era. Please check it out the following. Your comments and ideas are, as usual, highly appreciated. Thanks in advance.

(Written by Takeo Harada, CEO and Representative of Institute for International Strategy and Information Analysis, Inc. (IISIA). All Rights Reserved.)