On Aggressive Introvertness of the Ordinary Japanese.

Because I’m always talking about “Pax Japonica”, you might believe I belong to a Japanese type of ultranationalist. No, no way. To the contrary, I’m rather fed up with the typical Japanese way, particularly in both politics and economy. That was exactly the reason why I quitted my academic career at the age of 20 and jumped in the world of Japan’s diplomacy. Diplomacy, where the people are allowed to live between borders and nations. In the Japanese society, I thus feel as if I were a “NOWHERE MAN”, while I firmly believe I’m steadily connected with the hard core of Japan apart from her vulgar way and ordinary people.

In previous essays on this official weblog, I concentrated on issues of either the global community or other states such as PRC and the States. But this time, I’m gonna pick up an issue on Japan. It’s related to aggressive introvertness of the ordinary Japanese. 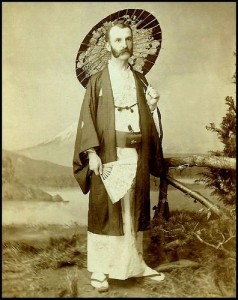 If you are foreign business person and wanna get involved in the Japanese domestic business and market, you’re kindly recommended not to follow the ways your predecessors mistakenly chose. The point is “Yes” in Japanese never means your Japanese counterpart agrees completely with you. Even he/she has still any reservation to your proposal, he/she just says “Yes” to keep social “politeness” in communication particularly with foreigners, who, according to their general belief and conception, shall be respected and protected in Japan. They sometimes say “NO” expressively, which indicates there is no way left for compromise. At least as long as you stick to logically argue, you never win. In short, both “Yes” and “No” in Japanese simply means the Japanese reject your proposal and opinion.

In this regard, I call this trend of Japanese business communication “aggressive introvertness”. There are unwritten rules only Japanese insiders have learned from their birth and obeyed, which are totally invisible to foreign visitors. They become aggressive, so as to protect these unwritten rules of the Japanese society. Simultaneously, they are indeed extremely introvert or seeing only inward, because they feel obliged to keep the internal harmony of the Japanese society and economy.

Those who come from foreign countries and wanna be successful in the Japanese business world, tend to easily approach to the Government of Japan, so that their business requests will be appropriately mixed into its orders and policies, which all the Japanese shall follow legally. In a short term, this seems to be an effective way for you, however, in a long term, it’s just harmful to the brand of you and your business/company in Japan, while they turn out to extremely hostile to you by stopping “special treatment for foreigners”, and blame you for collaborating with political and economic traitors in the Japanese society. The tiny door to the hard core of Japan is, of course, closed and never open again.

Having said all of that, I’m wondering how “Pax Japonica”, which I’ve been proclaiming here in advance, can be started, while the local people of the country, the people on the street of Japan, never accept anything from the outer world. Nevertheless, I herewith underline the fact there is nothing impossible, as long as we observe it comprehensively. Historically viewing, once something extraordinary took place in Japan, which the local people could endure any more, they suddenly became not “introvert” but “extrovert” so as to adapt themselves to the changing circumstances as soon as possible. And in this process of emergency, the way of the Japanese as emergency treatment will draw unprecedented attention thanks to its both effectiveness and appropriateness, they will be followed by other nations, which will be suffering from almost all the issues and problems the Japanese will have to tackle. 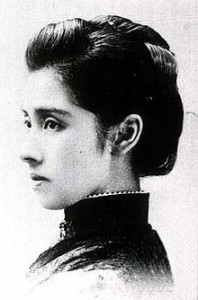 Imagine, all the Japanese gentlemen cut off their “topknot (Chonmage)“ without hesitation, when the Meiji Restoration has just begun in 1868. They also just slew away their traditional clothes or “Kimono” and wore western ones instead. Nobody can deny the same (or rather much more dramatic) tendency will emerge in the Japanese society very soon. In short, the question is how acute the accelerating crisis of the Japanese society is, which is about to inevitable lead the ordinary Japanese to change their mind from introvertness to extrovertness aggressively. At that moment, the above-mentioned “Pax Japan” will get started.

At this juncture, my institute believes we will reach this moment of the truth by May of 2024, and the first and last “point of no return” will be fixed in the latter half of 2022. Well, let’s see. Be united with us towards the better world called “Pax Japonica”.