After Hong Kong, Singapore is Targeted.

As we all expected, PRC legislature approved Hong Kong security law, to which USG immediately responded by depriving Hong Kong of its special status in trade. The global financial market cautiously fell down, even though any physical clash between US and PRC never took place at this juncture. And today (according to Japanese Standard Time), UK foreign minister, Dominic Raab, surprisingly announced UK is considering to offer “path to UK citizenship” to all the holders of UK pass port in Hong Kong. The situation is dramatically becoming more and more confusing. While nobody expects UK Royal Navy to override the current superiority of PRC People’s Liberation Army in Hong Kong, this kind of public announcement should be regarded as a provocation which is going too far.

Having viewed these escalations, you may now wonder what’s the next in this regard. I believe all the experts merely focus on Hong Kong and comment on its fatal future. However, what we urgently need is rather a “big picture” which includes not only Hong Kong but also other parts of the Chinese-speaking cultural zone, particularly Singapore. To come to the point, it’s Singapore that really matters from my viewpoint. How come?

Get back to Shanghai in May, 2008, just before the global financial crisis with Lehman Brothers being sacrificed. As a only participant from Japan, I was allowed to attend an international conference among US Treasury, Chatham House of UK and China Europe International Business School, where the UK side proudly presented a new brochure of the City of London on “Future of Asian Financial Market”. At a glance, I was totally shocked to recognize the City was planning to totally reshuffle the financial power balance among major cities in East and South East Asian countries such as Tokyo, Beijing, Shanghai, Hong Kong, Singapore. To my surprising, the author of this brochure didn’t hesitate to explain both Hong Kong and Singapore will be its superiority in the regional financial structure very soon. Instead, the following two other options would be realized: “Tokyo without the “sense of Tokyo”” and/or “Shanghai combined with Beijing”. Tokyo was said to enjoy its huge potentiality conditioned that the local people in Tokyo would get rid of their traditional introvertness against foreign residents and workers. Shanghai could be highlighted, only if the city would succeed to get connected with the political power of Beijing. And the point is these two alternatives were characterized as “and/or”, That is to say, This plan of the City of London would be realized as accomplishment of the Great JPY/RMB zone, which Japan failed to establish in 1930s. 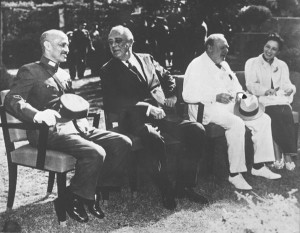 Don’t forget the simple fact I saw there that US Treasury attended the meeting in Shanghai, which was like “Cairo Conference” in 1943, where UK, US and China decided how to create the new world order after the WWII. In short, losing HK’s special status in trade is just a kick off of such a historical project. As soon as Singapore will collapse for unknown and unprecedented reasons very, very soon, the bird-eyes’ picture will be inevitably presented to the public, I think. The House of Lee, the political tycoon family of Singapore will immediately get back to the Chinese mainland, where a historical domestic turmoil to be separated into four parts (the Spring and Autumn period again!) is about to begin simultaneously. Again, this is just the very beginning of the brand-new game called “Gnostistic Revolution” of the entire world I repeatedly tried to explain to you in previous posts. Stay tuned.

(Written by Takeo harada, CEO and Representative of the Institute for International Strategy and Information Analysis, Inc. All Rights Reserved.)