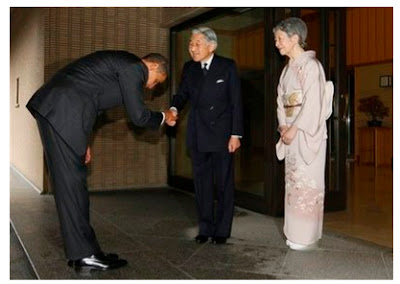 very time I finish to write down articles posted to this official weblog, I used to inform my friends and colleagues working for world-class think tanks. Thinking of that, I would say, as long as you stick to the surface of political and economic realities in the global community, you can never become aware of the fact not US presidency but Japanese Imperial Household has immense influence to the world order. At this juncture, I believe, however, you can’t understand it and tend to strongly doubt Japan’s Imperial Family holds such a power vis-à-vis the entire world. Well, let’s take a look at the following picture taken on the occasion of US President Barack Obama’s state visit to Japan. Who bowed to whom?

In this regard, a significant incident is taking place in Japan. An incident, which has much immense impact than even COVID-19 virus and its infectious diseases we’ve been suffering from. His Imperial Highness Prince Akishino, younger brother of the current Japanese Emperor (His Imperial Majesty Naruhito), may not hold his own inaugural ceremony to Imperial Heir on 19 April of this year. The reason is, of course, the on-going unprecedented spread of COVID-19, for which Government of Japan recently declared a state of emergency as I mentioned herewith beforehand.

The point is we wouldn’t have any Japanese Emperor in case of unforeseen incident to H. I. M. Emperor Naruhito, as long as the ceremony won’t be officially held. Since the then Emperor Akihito abdicated, such a vacuum of Japan’s Imperial Authority emerged last year. This time, almost the same vacuum will repeat to appear due to the postponed ceremony of Imperial Heir. From my viewpoint, as a circumstantial evidence of this situation’s importance, H. I. M. Emperor Naruhito donated his own “private” money to humanitarian activities to support children infected with COVID-19 in Japan (A preventive measure against any future challenge to his authority?).

The worst scenario could include the possibility the authenticity of His Imperial Majesty’s existence would draw extremely negative attention due to either event or incident which would be take place in the very near future. Once such a negative trend against Japan’s current Emperor’s authority would emerge, this could be spread and shared by social media in the Japanese society at first, and then to the whole world. At the next stage, the people will try to find out another “appropriate” one as the next holder of Japanese Imperial Authority, but for a while, in vain, because H. I. H. Prince Akishino’s inaugural ceremony to Imperial Heir is, as I touched upon above, being suspended. And H. I. M. Emperor Emeritus Akihito is just the former one and may not come back to the throne any more. An unprecedented, historical vacuum of Japan’s Imperial Authority will suddenly appear, potentially, from 19 April, 2020.

Again, this will give an immense impact to all the other parts of the world, including US and Europe, since nations other than Japan heavily rely on good will of Japanese Imperial Household in terms of provision of its own private asset beyond constitutional restriction.

Well, let’s see what will take place due to this embarrassing postponement in Tokyo. I’m terribly concerned about what will trigger historical and decisive turmoil around Japan’s Imperial Household, which could copy the legend of “Cain and Abel” in the Old Testament. Stay tuned. 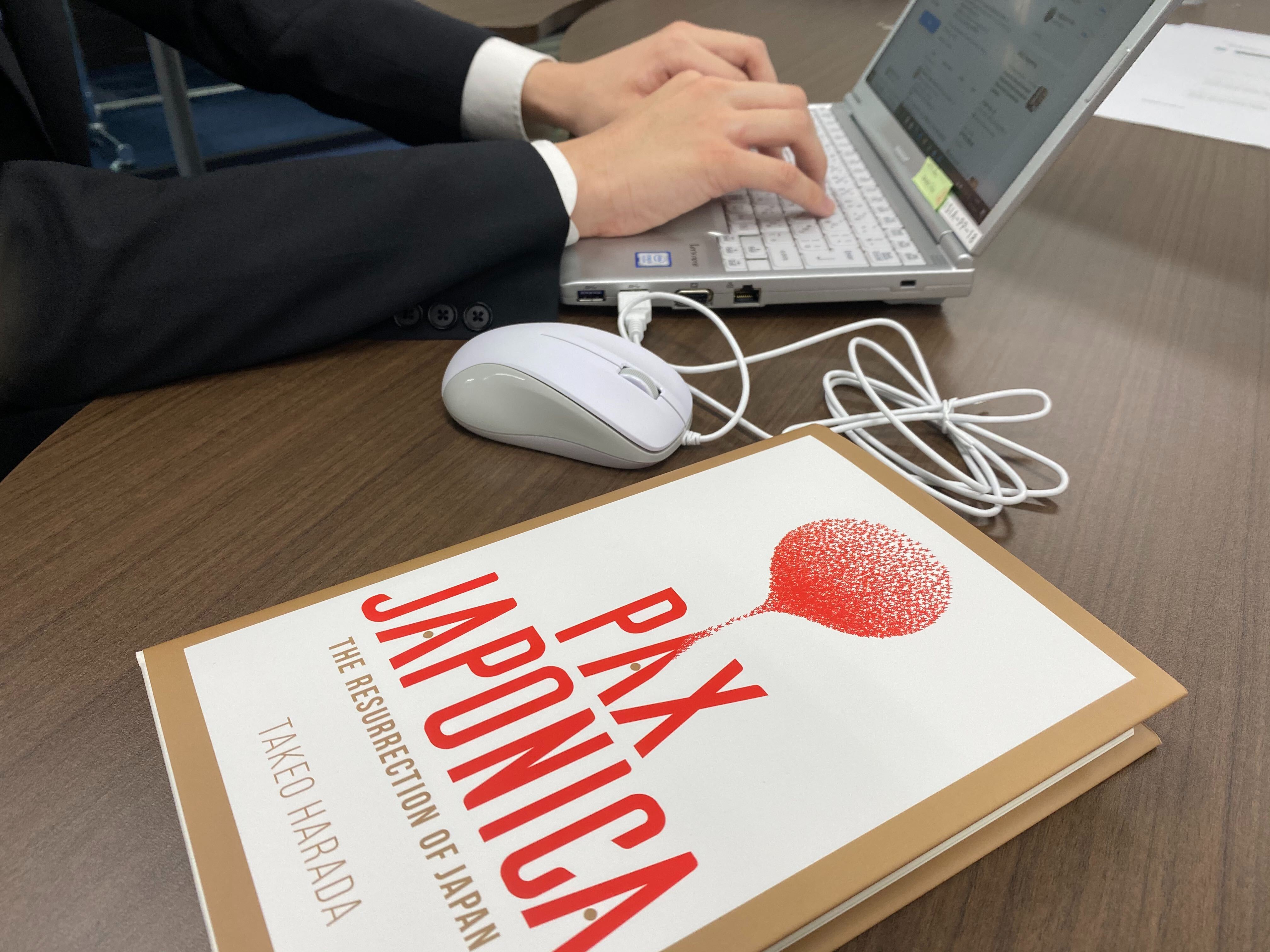